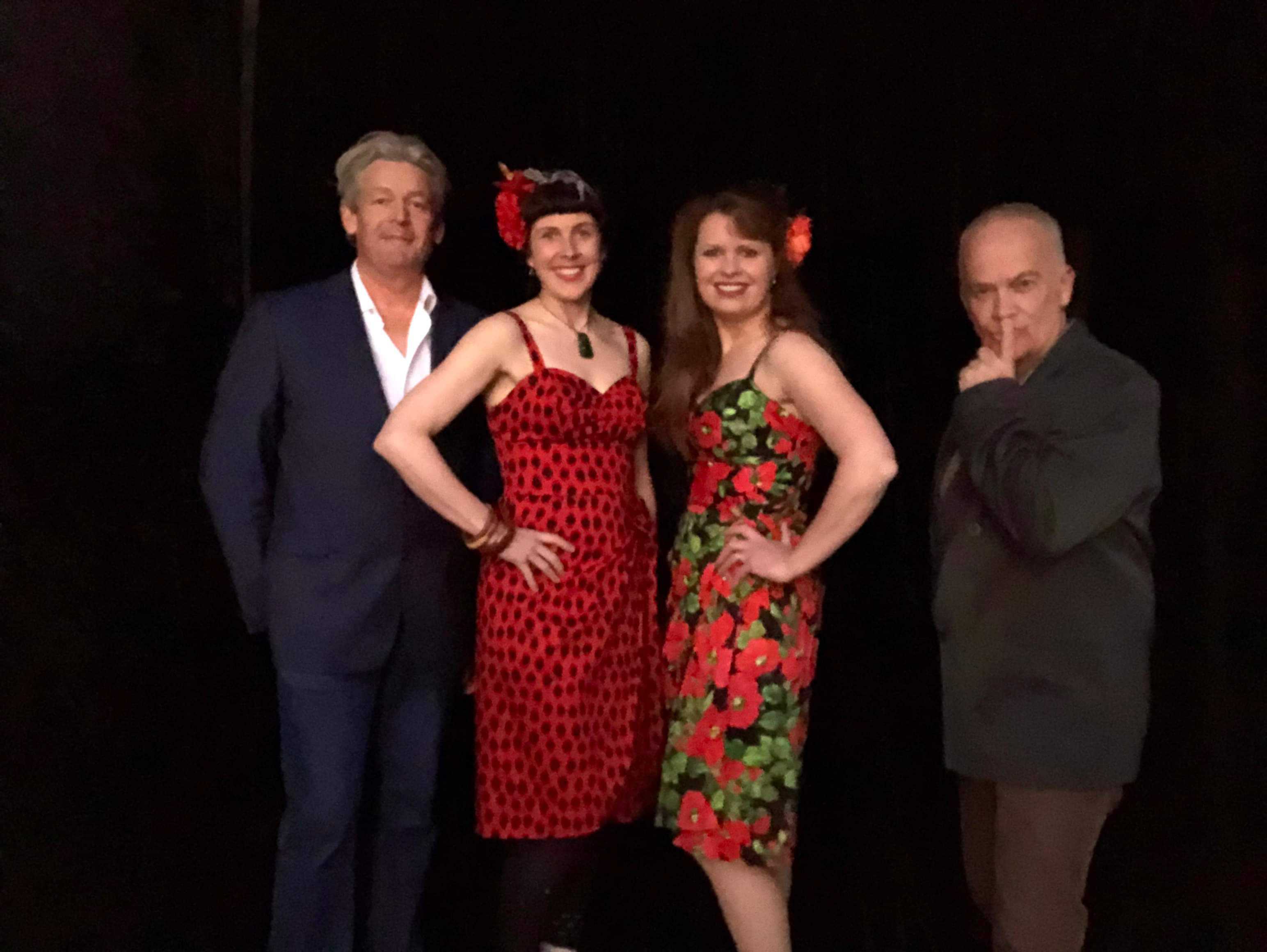 The Devil Women are a renegade earthling rock’n’roll band who were abducted by the Martian called Nyah, whilst driving home from a rock and roll dance in the late spring of 1957.
Nyah transported the quartet by spaceship to Mars with the intention of selling rock’n’roll to the red planet. Martians had become so narcissistic & distracted by petty infighting that they had lost the ability to party or dance without the help of synthetic drugs.
Unfortunately the earthlings proved to have the wrong skin colour for the conservative Martian pop music market so Nyah decided to steal the bands riffs and melodies and synced recorded samples of the Devil Womens singing voices to some Martian teenage actors who who mimed the music well enough to have many chart topping hits on the Red Rock Hit Parade.
Space freight costs from Earth to Mars had become very expensive in 1958 due to political unrest.
Nyah had made a small fortune from the Devil Women’s songs but had no intention of paying any royalties and organised to have the band snap frozen in preparation for dispatch to the blue planet… read more

Hi all! Unfortunately due to some major personal reasons we're unable to play at this year's Heytesbury Agricultural Show happening this Saturday 29 Feb.
We've worked hard with Linda from the Show committee, and the brilliant Avalon - Cobden will be playing instead at the Local Food Bowl area from the late morning into the afternoon.
Highly recommend you check out this fantabulous country show and this superb local band (wait 'til you hear Tamara's voice 😍)
Thanks everyone for your understanding and support- catch you soon at another gig, and hopefully we make it to the 2021 Heytesbury Show! xx

Devil Women From Mars are super stoked to be playing at the 2020 Heytesbury Agricultural Show's Local Food Bowl on Sat 29 Feb. Come out and support another brilliant community event in Corangamite and enjoy our local (and exceptional) food, drink and hospitality. Follow the link for further details: Devil Women From Mars: Live Music - Heytesbury Agricultural ShowThe Devil Women from Mars will be providing some fantastic music straight out of the 1950's in our Local Food Bowl area at our 2020 Heytesbury Show. Come along and enjoy some taste testing, a drink or two, and be transported back in time! ... See MoreSee Less

Thanks Brendan Dowd and the St.Brigid's Blues & Roots Music Festival 2020 crew for a brilliant Saturday night and letting us be part of it. Becky's face says it all! Special mention to Ron & Dot Cashmore for your beautiful dancing as always! Love being part of and supporting local events, local community and local music. ... See MoreSee Less